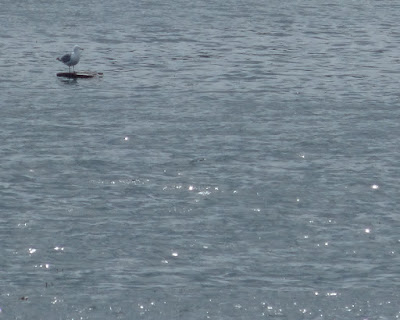 One of my greatest sources of solace these days is time I spend at my little yellow Gulf Island cottage. I find comfort in the simplicity of life on this small island in the Salish Sea, in a ramshackle-but-cozy abode set among tall trees, just a short stroll from a quiet beach.

All around me at this time of year there are song birds. From my porch I regularly see and/or hear creepers, nuthatches, towhees, various sparrows, chickadees, wrens, robins, warblers, flashy pileated woodpeckers and their less dashing cousins the downies, hairies, flickers and sapsuckers. I am often entertained by songs I'm unable to identify.

This evening when we wandered down to the beach, Lily and I watched a flotilla of adult Canada geese with a crèche of goslings of various ages making their way along the shoreline. 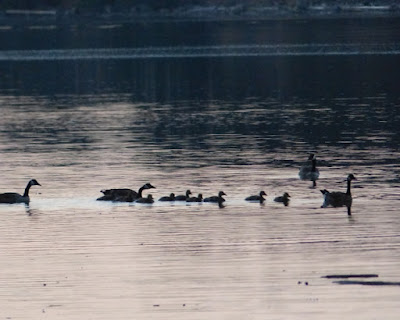 Eagles, ravens and gulls abound, as did migrants like mergansers, loons and scoters earlier in the spring. However the transients, like these surf scoters (below) that I observed from the ferry last month, have by now moved on. 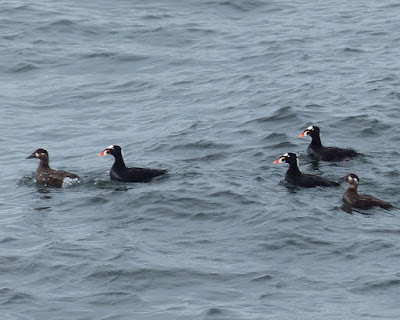 On the private island across the straight the exotic cry of peacocks – yes peacocks – echoes across the water, giving the evening an enchanted air.

I awoke the other morning to an owl calling softly outside my window. On another dawn a rustling sound on the roof caused me to look up and there was a raccoon hanging over the eaves peering upside-down into the window above my bed!


One day turned out to be all about amphibians. Out for a walk, Lily and I found an captivating spot: a secluded little pond. 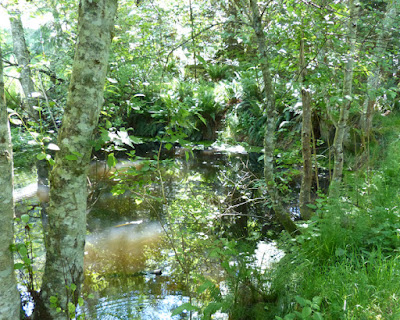 Frogs abounded, leaping into the water as we approached. This one seemed to know we meant no harm and was kind enough to hold his pose among the moss at the base of a tree: 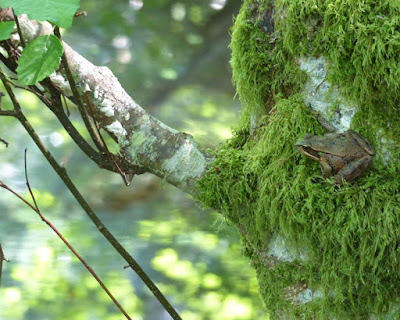 I noticed a ripple on the water's surface and looked a little closer, only to realize the source was several salamanders, lazing about together in a comradely fashion. 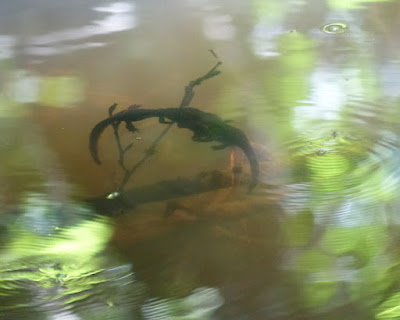 Back at the cottage some time later that day, dear little Pacific tree frog hopped just a few feet from my doorstep and alighted on a rotted stump where he/she waited patiently while I fetched my camera. 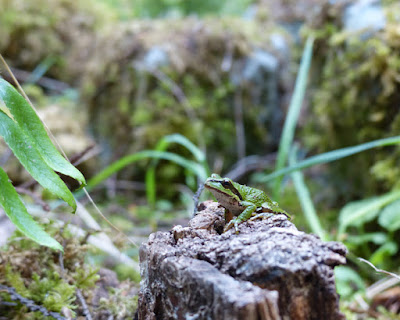 But the highlight of the day was this: 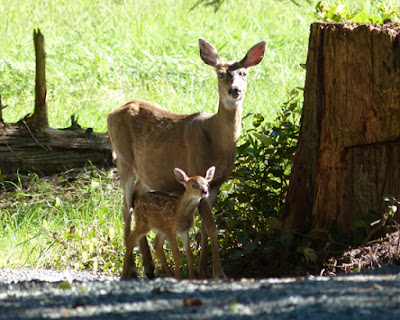 Islanders tend to take the abundant population of deer for granted, mainly viewing them as pests that require high fences to protect vulnerable plants, and methods to control the burgeoning deer population are often controversial topics of discussion. However, I don’t think I will ever feel anything less than profoundly grateful for being granted a moment like this.
The doe hid her tiny fawn among the trees by my driveway and later returned (Lily was confined to the house for the duration). Unfortunately my camera battery failed and my spare was in the car when she called her baby from its hiding place and nursed it for a time before disappearing into the undergrowth. Perhaps that was something I was simply meant to observe and not record.
It was a sweet and special moment, offering me a glimpse of the continuity of life, of renewal and rebirth at a time when my mind all too often dwells in the past. 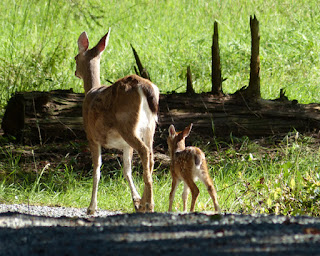