Not just another little brown bird

I have a particular fondness for an unlikely kind of bird ever since I was introduced to the species by a friend who had a pair nesting in her secluded garden. The nest site was the top of a service box on the exterior wall of her house. The nest itself was a simple but artful construction of lichen and moss. The parent birds flitted from perch to perch, quietly keeping a watchful eye on us while we, in turn, observed them respectfully. The sweet little birds I'm talking about are Pacific-slope Flycatchers. 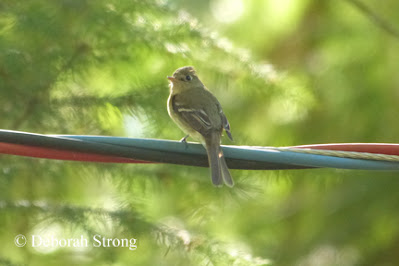 Small, nondescript, brown-ish birds, they're definitely not the rockstars of the forest. They are what one would describe as "understated" as many flycatchers are with the exception of exotic types like the robust, colourful, loud, and in-your-face Kiskadee Flycatchers I got to know when I spent time in Trinidad. 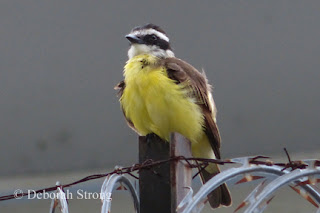 Like their much bigger and far more boistrous tropical cousins, the distinctive whistle of Pacific-slope Flycatchers makes their presence known. Even those who have never observed them may recognize their voice. 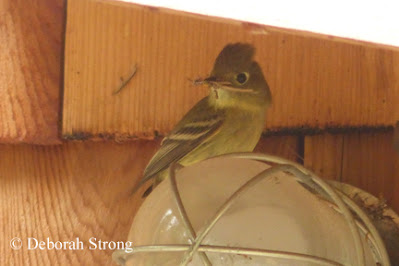 As a self-professed bird nerd, I was wildly excited last spring when a pair of these little darlings decided to use the light fixture above my studio door as their nest site! 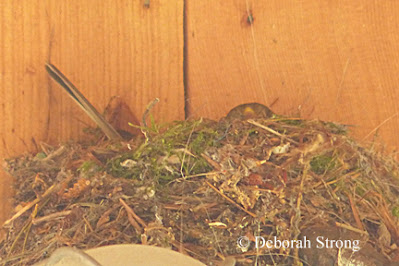 It made getting any work done a challenging for two reasons: 1) I feared disturbing them each time I passed through the door, and 2) the distraction of watching their activities was hard to resist. I could pull up a chair and easily spend hours observing their goings-on. 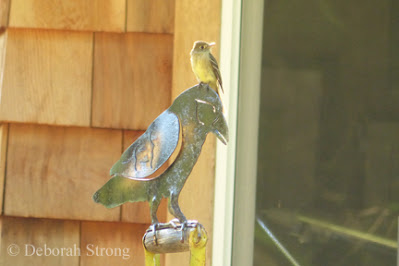 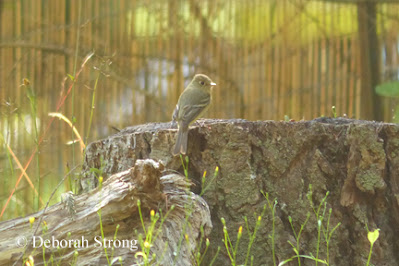 Thankfully the birds didn't seem bothered by my presence and eventually I was able to control the amount of time I spent gawking at them. The nest got raided once, as evidenced by a piece of broken eggshell I found on the doormat, and I thought they might give up and move to a new location. However the plucky little creatures persevered and eventually a brood of babies hatched, grew and fledged. One morning I discovered they had slipped quietly away into the forest. Life felt a little empty without them. The nest now resides on my studio window ledge.

When a Call to Artists came out early this year from the Art Bird Card project inviting artists to illustrate a bird identification card as part of a fundraiser for the Rocky Point Bird Observatory, I was delighted to see the Pacific-slope Flycatcher on the list. I knew this species would not be the first choice for most artists, or even second or third choice, but I put my hand up right away. The result is this little drawing. 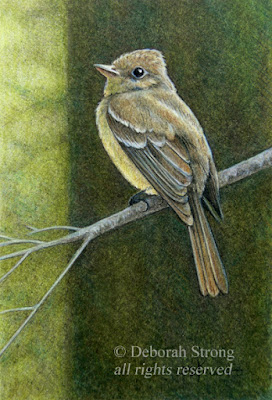 It is one of 35 species included in Set 2 of the bird identification Nature Cards which will be available later this spring. Last year I illustrated a card for Set 1, and that time it was indeed the rockstar of the forest: the flashy, noisy and exotic-looking Piliated Woodpecker. 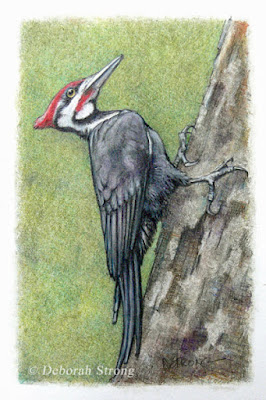 This is another species that regularly visits my property. A team of them is currently dedicated to using their drilling power to sculpt a dead cedar snag near the road. 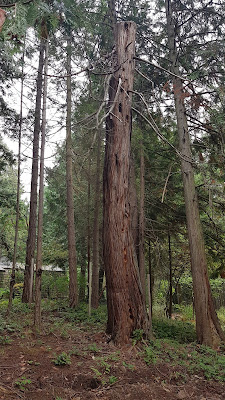 While Piliated Woodpeckers are year-round residents, Pacific-slope Flycatchers are spring/summer visitors who stay only long enough to nest, rear babies, and enjoy the seasonal bounty of insects before migrating south to warmer winter climates. It's early April as I write this, and I'm already listening for the distinctive whistle that will herald their arrival. And I have my fingers crossed a nest will once again be built where I can observe their comings and goings. 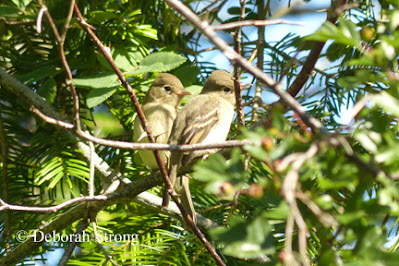 If you're interested in the Nature Cards produced by the Art Bird Card project, visit the Rocky Point Bird Observatory website. To learn more about the Pacific-slope Flycatcher, here's a good link to visit where you can also hear their distinctive whistle.
Posted by Deborah Strong at 10:46 am No comments: