Last spring I went for a walk in my local woodland park, as I so often like to do. I listened to the birdsong and was on the lookout for the delicate blooms of trilliums. I have a fascination for these elegant forest wildflowers as they rise pristine from the mulch of last year's leaves, accompanied by the unfurling fiddleheads of ferns and the pink blush of salmonberry blossoms favoured by hummingbirds. To me, trilliums are a welcome sign that spring has truly arrived. 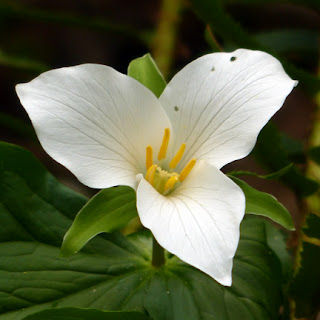 Imagine my horror when I saw a family of four - two adults and two children - each carrying a handful of trilliums they had picked. I spoke with one of the children to say that flowers should be left for the enjoyment of all park visitors, but my comments generated only stern looks from the adults. As I continued my walk I felt overcome by sorrow, anger and frustration.

So what's the problem with picking a few wildflowers? In some cases it's not such a big deal (although it's never a good thing to do) but when a trillium is picked, in all likelihood the plant will die. Picking the stem amputates the plant's ability to generate food so there is no way for it to gather the fuel it will need to survive until next spring when it would bloom again. The trillium is active for only a few weeks in the spring and can't simply shoot up a second sprout during that time - it's a one-shoot wonder. I have also read that it can take up to 15 years for a trillium seed to produce a flower. That's a very long time.

The trillium is an iconic flower. It's beauty and fragility have resulted in it being protected by law here in British Columbia, along with wild dogwoods and rhododendrons. It is actually illegal to harm any of these plants.

The family I saw with the handfuls of flowers had, along with breaking the law, effectively wiped out dozens of these beautiful plants. The woods this year will now be bare of those delicate blossoms wherever that family had roamed, depriving visitors of one of nature's most gorgeous springtime sights, not to mention depleting the woodland habitat and disturbing the ecosystem's balance. Hopefully, over time, the trilliums will regenerate as new seeds mature. 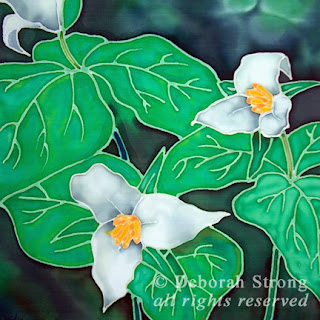 The irony is that by the time the flower-picking family got back to their car, the trilliums would have wilted. By the time they got home, the blooms would have been withered and dead. Once picked, the trillium's tender beauty quickly vanishes. Hopefully for that reason alone (given they weren't receptive to my comments) they came to understand that these precious blooms are best left where they belong ... in the woods.

As the saying goes, "Take only pictures, leave only footprints." 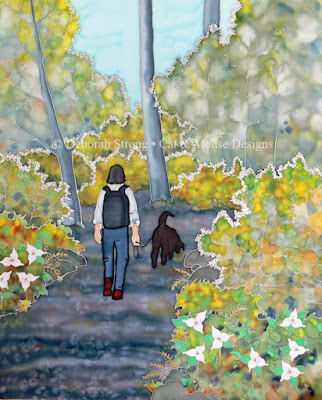 Posted by Deborah Strong at 1:13 pm No comments: