I recently took out a membership with the Mayne Island Conservancy - a dedicated group with a mandate to protect the island's delicate habitat. They educate the public, they raise and sell native plants, they count birds - in general they encourage thoughtful stewardship of the land and sea. The organization is currently working to preserve an ecologically rich tract of waterfront which, if they are successful, will then be safeguarded from future development. I admire and support the work of individuals such as these committed volunteers who recognize the precious nature of island habitats.

Last month I was able to make a trip south to another island - this one in the middle of the Pacific Ocean. 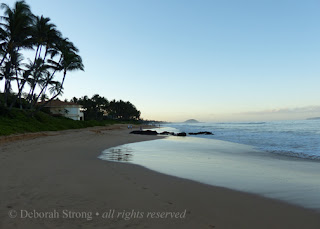 It had been 20 years since I last visited Maui and I remembered it fondly. During this visit, as much as I enjoyed the sunshine and the beaches and the welcome break from winter, it served as a strong reminder about just how precarious island habitats are.

I saw and photographed lots of birds. I even had the good fortune to glimpse an owl (always a thrill). But of the many species I encountered, perilously few were native to the island. The cooing doves, kooky shrieking Frankolins (kind of like a partridge), the mobs of mynahs, the myriad twittering finches, charming lovebirds and stealthy egrets - all of them introduced from Asia, or Africa, or India, or other places with similar climates. Pets gone wild, game birds, or simply by human whim, these birds thrive.

Not so the native Hawai'ian birds. Dozens of species are gone, others hang on by only a thread. Habitat loss, aggressive introduced species (mongoose, feral cats and many others), and diseases to which the native birds had no immunity have taken a massive toll. The only native species I was able to observe were shorebirds, both migratory and year-round residents.

Many find sanctuary in the Kealia Pond National Wildlife Refuge - a place not unlike the Reifel Bird Sanctuary back home.


The island was a breadbasket after Western colonization, producing fruit, sugar cane, cattle and more. What were once productive cane fields are now fallow. There's not a pineapple in sight. Vast acres of former grazing lands are overgrown with an aggressive type of vine that was planted as fodder for cattle and now, without hungry mouths to keep it in check, spreads wildly and engulfs everything in its path in a thick green layer of choking foliage like something out of a sci-fi movie. Plants introduced in the interest of food production or simply for decoration thrive and run amok. Traces of the original habitat are long gone.

I found this visit to Hawai'i to be instructive. On one hand there are success stories - scores of sea turtles and plentiful humpback whales could be viewed from the shore at leisure. 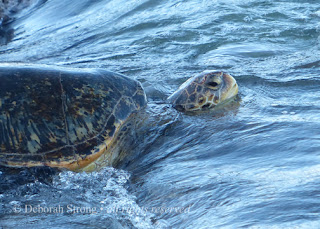 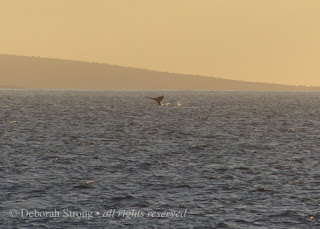 And there are, of course, land areas that have been protected. The silversword plant, once virtually extinct due to overgrazing and found nowhere else in the world, has made a comeback at Haleakala National Park. 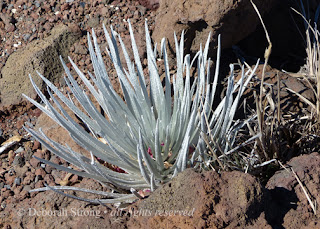 However, the losses are shocking. Dozens of the bird species who called the Hawai'ian Islands home - birds that were found nowhere else on earth - are now extinct, many during my own lifetime and some, like the po'ouli (a type of honeycreeper), since my last visit to the island. I hope the valiant efforts being made to preserve the remaining small populations of threatened bird species will work. It's a situation not unlike the Northern Spotted Owls I wrote about recently - one where human intervention and Herculean long-term conservation efforts offer the only hope.

Islands are microcosms for what's happening to our planet which is in itself an island in the Universe. We would do well to pay attention. Thankfully there are groups, such as the Mayne Island Conservancy, who already are. 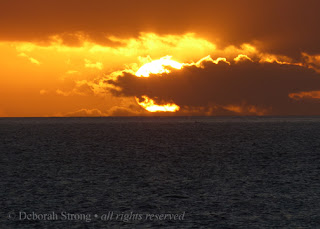 Posted by Deborah Strong at 1:04 pm No comments: