A Day at the Dog Show

Written by Lily the cocker spaniel 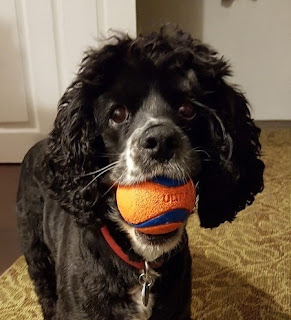 But on this day things were different. After breakfast I had to have.... a BATH! And I hadn't even rolled on any stinky dead crabs at the beach so I couldn't figure out what was going on. 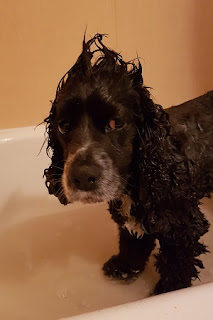 After the horrible bath, instead of going outside to play ball I had to stay in the house because Deb said, "You have to stay clean for the Dog Show". I was pretty sad about that. 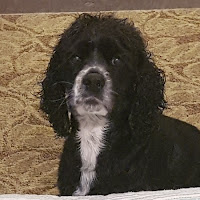 I didn't know what a Dog Show was. However, I figured it might be fun.

And it was! We went down to the park and hung out in the sunshine and visited with lots of other people and their dogs... big dogs, small dogs, older dogs and puppies. I got lots of cuddles and pats from people who thought I was cute (without sounding like I'm bragging, that actually that happens to me a lot but even more on this day). Then we lined up for the Dog Show.

First we entered "Obedience". I was supposed to sit, stay, and then run to Deb when she called me. I sat really nicely, and I stayed... 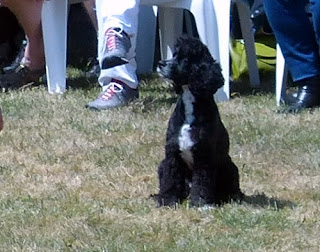 ... but when Deb walked away I got distracted by some people sitting behind me who wanted to pat me. They gave me some nice tummy-rubs! Then when Deb called me I ran towards her lickety-split, but there were more people behind her who wanted to pat me so I ran right past her for more tummy-rubs! Turns out the judges thought the winning dog should run to their person, not to other nice people, so I didn't get a trophy.

We also entered "Dogs and Owners Who Look Alike". Deb said it was A Long Shot. It turns out that another dog got that trophy too so I guess that's what A Long Shot means.

But then we entered my favourite category: "Jumping". Was that ever fun! There were a bunch of little dogs around my size.

We all took turns jumping over a little fence. At first it was really easy... 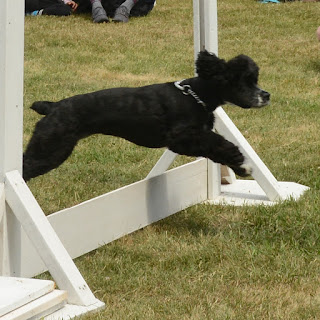 Then the fence got higher.... 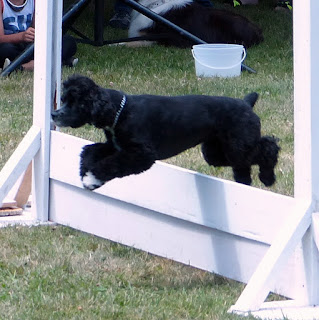 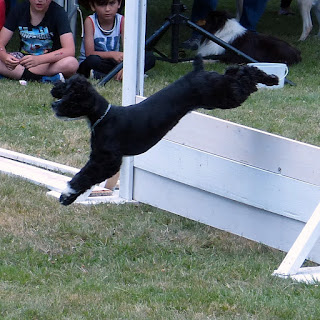 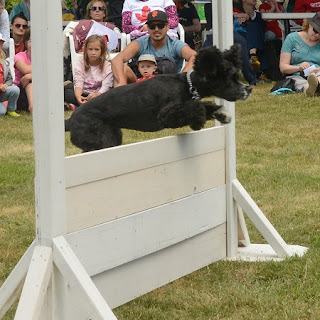 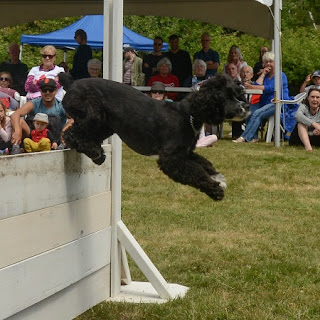 ...and then even higher! 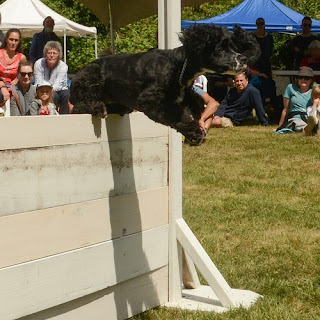 And guess what? I jumped higher than any other little dog and I got a trophy! 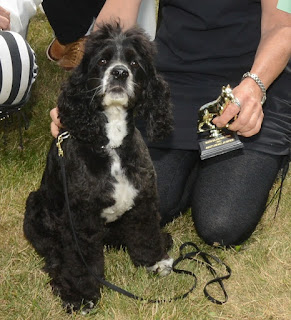 I am now officially Mayne Island's "Best Small Jumper"! Am I ever proud. I can't wait for next year even though it means I'll have to have another horrible bath. I guess I'll probably end up having a few more baths before then anyway, especially if I find stinky dead crabs on the beach.

I was pretty tired after the Dog Show but that's OK, at least I got to go back home and play ball. 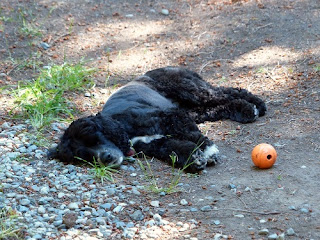 Some photos courtesy of Stephen Cropper and Toby Snelgrove. More pictures of the show are available online at Toby Snelgrove Photography
Posted by Deborah Strong at 2:53 pm 3 comments: