For the past couple of weeks I've been fortunate to escape the chilly Canadian west coast winter (in fact I hear it's been downright COLD with below-normal temperatures of -10 C). I'm once again in the southern Caribbean, basking in the steamy, nearly-equatorial heat of Trinidad and taking in the breezy trade winds of neighbouring Grenada. Both islands are equally beautiful in their own right.

﻿﻿ ﻿﻿In this part of the world, with a fertile combination of volcanic soil, ample rain and no shortage of sunshine, lush plant life abounds, including exotic fruits and gorgeous flowers. ﻿﻿
﻿﻿ ﻿
But it's the smaller things - the lively ones - that never fail to capture my attention. There are bright green lizards scaling walls... 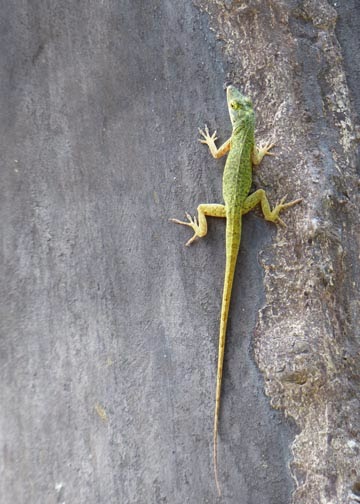 ... and bats hanging from the rafters of old buildings, napping in the noon-day heat... 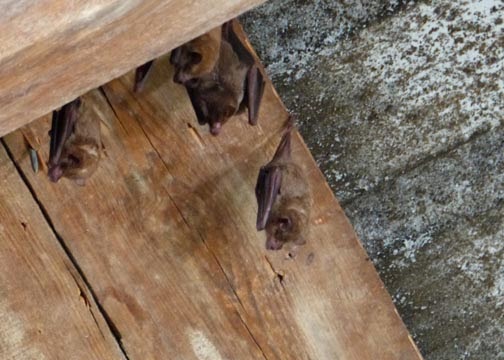 ... and turtles poking up their noses for a breath of tropical air. 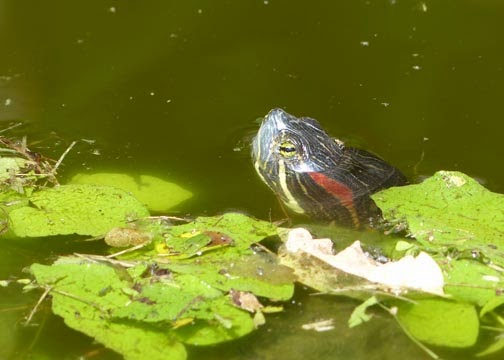 And of course it's the birds that really captivate me. From noisy flocks of orange-winged Amazon parrots perched high in trees just outside my apartment window in Trinidad... 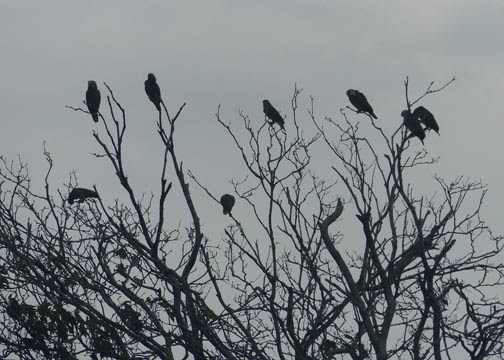 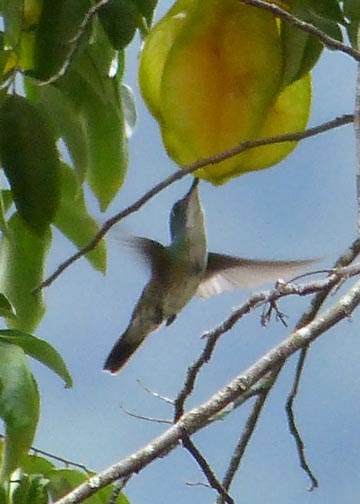 ...to cheeky bananaquits squabbling among the foliage just about everywhere I go. They're as common as sparrows or chickadees back home.
﻿ ﻿Among my favourites are the tropical mockingbirds whose warbling song awakens me each morning: 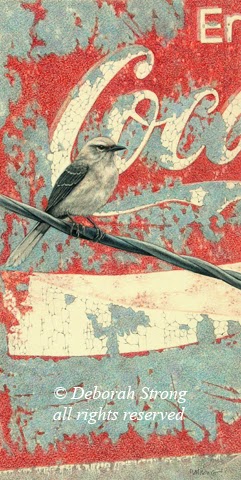 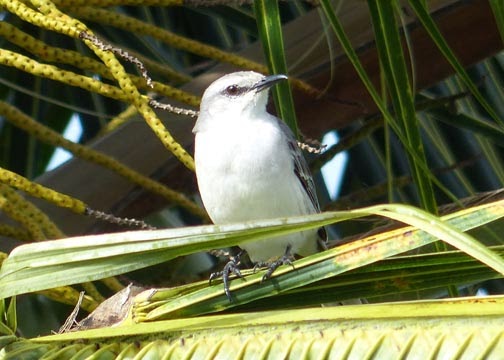 My blog readers will remember that last winter I captured the image of a mockingbird in an urban Trinidad setting in this drawing "Song of the Tropics: Mockingbird".


To my delight, just next door to my apartment in Grenada there's a resident juvenile Yellow Crowned Night Heron who defies his (or her) name and can be seen most mornings hunting for small crabs. He/she is not at all shy about posing for my camera: 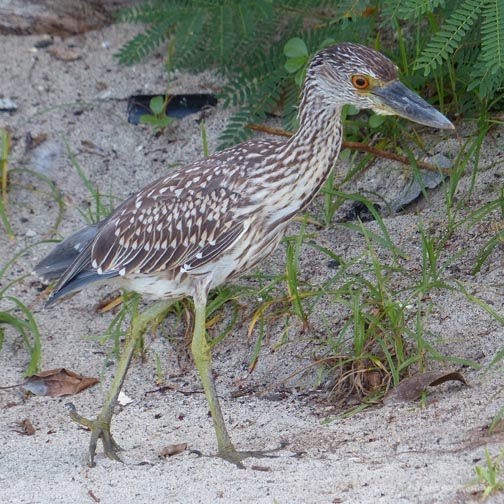 One thrilling morning I was able to observe a handsome adult on the same quest for a crab breakfast. 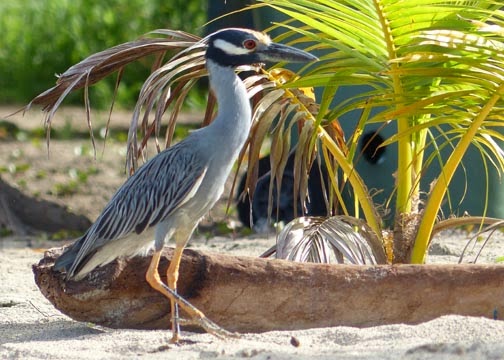 It's hard to imagine that the night herons' range on the Pacific coast of North America extends from the tropics as far north as British Columbia. The Reifel Bird Sanctuary plays host to a handful of Black Crowned Night Herons each fall/winter, although this one that I observed last year appears to be longing for more balmy temperatures while huddled among cold, bare branches: 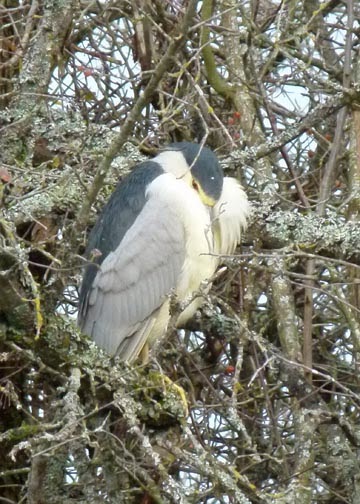 Below my balcony hummingbirds make regular visits to some pretty pink flowers that grow on a latticed arbour, waging territorial wars with the bananaquits and bees who compete for the flowers' nectar. 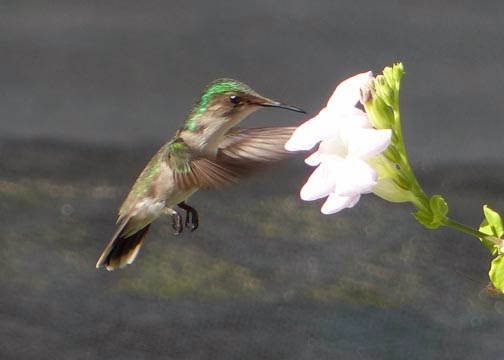 While I haven't yet used my time here to make any art, inspiration is everywhere! And although I may not have done much art making over the past couple of weeks, it's never far from my thoughts.

I recently listened to an interview with portrait artist Phil Richards (he was commissioned by the government of Canada to paint a portrait of Queen Elizabeth II) speaking about his life as an artist and his artistic process. I can't remember his exact words, but the gist of something he said truly resonated with me: he described being an artist as being an observer of the world rather than an active participant; that artists always have a certain detachment as we continually contemplate how to depict our vision the world around us on our canvas, or sketchbook, or whatever our chosen medium may be. We're on the outside looking in, so to speak.

Even though I'm here in this lush, gorgeous part of the world, feeling the warmth of the sun on my skin and the grit of sand between my toes as cool blue waves lap at my ankles, lulled by the rhythm of the surf, the warbling of mockingbirds, and perhaps the notes of lively human music drifting in from a distance, my mind is often completely absorbed by the interplay of colour, light and form. I'm captivated by the antics of seabirds diving for fish, lizards scampering among the undergrowth, or beach dogs dozing in the shade. I can get completely caught up observing something as ordinary as a preening pigeon perched on a telephone wire while others in my party enjoy drinks and lunch in a local waterfront bar. 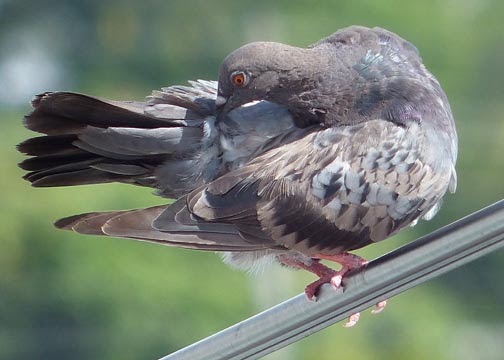 On an ongoing basis, potential compositions are mentally constructed, reframed, edited and assessed; some are found wanting and are discarded but the sound ideas are filed away for future reference. And sometimes some scrawled notes and a quick sketch, backed up by a string of photos, ensure the idea remains solid.

I don't feel that being an observer of the world means the experiences life has to offer are any less rich, or enjoyable, or that I don't fully appreciate them. However, it does mean that I'm always, always, always "working".